£30k richer thanks to the Postcode Lottery 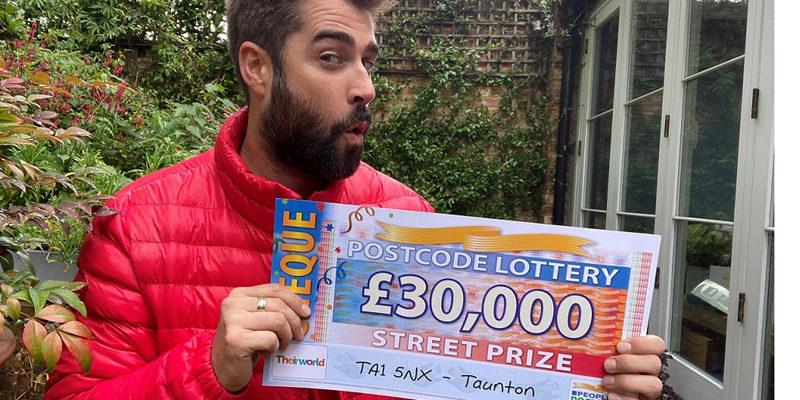 One person in Taunton has been given a day to remember after winning £30,000 after their postcode, TA1 5NX, was announced as a winner with People’s Postcode Lottery today (Friday 16th October.)

The Southwood Grove resident won the prize as part of People’s Postcode Lottery’s special October campaign, where one postcode is announced as a £30,000 prize winner every day. All the players in the postcode win £30,000 for every ticket they hold.

The Taunton winner chose to remain anonymous, but the prize will be paid into their bank account.

I’m over the moon for our winner in Taunton! A big congratulations to them. I hope they celebrate today and enjoy spending the cash. People’s Postcode Lottery costs £10 a month to play and there are guaranteed winners every day. People play with their chosen postcode and are automatically entered into all draws.

A minimum of 32% of ticket sales goes directly to charities and players of People’s Postcode Lottery have helped raise over £600 million to date for thousands of good causes across Britain and internationally.

This draw was promoted on behalf of children’s education charity Theirworld, which has received over £6.6 million in funding thanks to players.

Local good causes close to the winning postcode have also benefitted from player support, including Compass Disability Services.  In 2018, it was awarded £8,000 to set up a young person’s community choir to help bring young people together through singing.