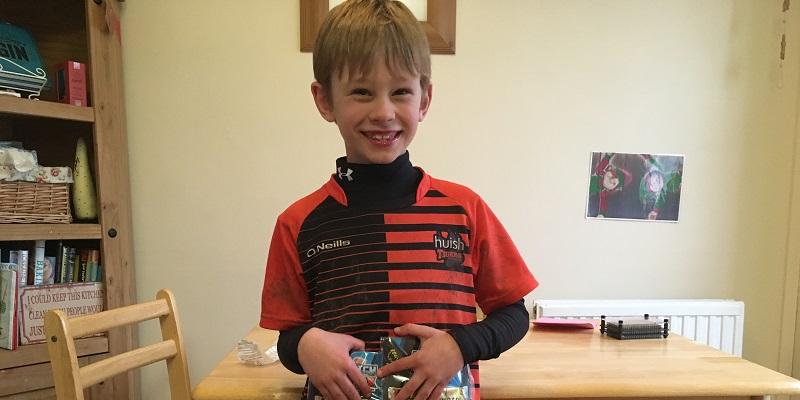 A budding young footballer from Galmington was ‘cards in’ at the weekend after bagging 4 goals for his team, earning himself a 12 packs of Match Attack football cards as a goal bonus.

Alfie Cullum who is 8 years old and plays for the Huish Tigers was promised 3 packs of the cards for each goal he scored by his dad, who thought they were only £1 per pack. 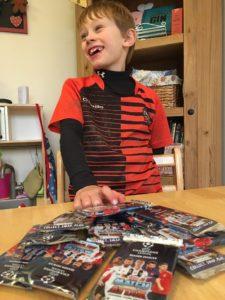 Following the game, in which Alfie had scored 4 goals, his dad popped in to the local Tesco to buy the Match Attack cards which turned out to be £2 per pack and not the £1 he originally thought!

Manager of the Huish Tigers, Gavin Step told Tone News: “Alfie is on a proper goal rush at the moment and knowing that his dad is a bit tight fisted with his cash, it will have been a bit of shock knowing he had to pay out £24 for a pile of football cards!”

Gavin went on to say: “Alfie won player of the week against the Bridgwater Wolves not only for his goals, but his willingness to play for the away team as well to make up numbers for them in the first game.”

Huish Tigers Football Club is an FA Charter Standard Football Club based at Richard Huish College in Taunton who were the 2017-18 Somerset FA Club of the year.

They currently have 4 teams of Under 7 and Under 8 boys and girls playing in The Taunton Youth League along with an Under 6 group who train every weekend.