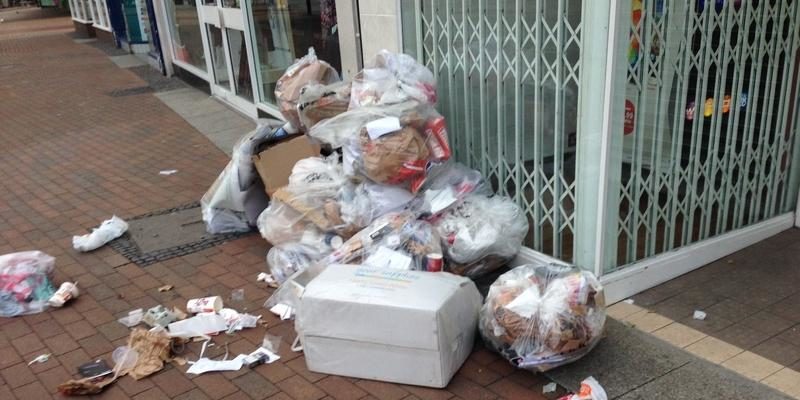 Somerset West and Taunton Council has finally approved a new enforcement scheme to help keep the streets of Taunton and its award winning public spaces free from litter.

The new scheme, which was adopted unanimously during last Wednesday’s Executive meeting (19 January 2022), will permit litter enforcement operations to be carried out from 1st April 2022 as part of a 12-month trial.

SWT’s Executive Councillors voted unanimously to adopt the scheme, agreeing that ethical enforcement delivered through an established public partnership was considered the most cost-effective option.

The agreement will enable the recruitment and deployment of two new Environmental Enforcement Officers with delegated authority to issue littering fines throughout SWT’s urban and rural hotspots.

Not only is dropping litter illegal and antisocial, it consumes considerable council resources. Keeping the district clean through litter removal and mechanical sweeping costs the Council circa £1m a year.

Furthermore, the environmental impact from discarded litter often leads to clogged stormwater drains resulting in flooding after heavy rain, or it can enter rivers, canals and the sea, threatening aquatic ecosystems.

To avoid prosecution, anyone issued with a Fixed Penalty Notice (FPN) for a littering offence will be charged at £100, which will be discounted to £80 if paid within fourteen days of the date of issue.

The officers will be familiarised with SWT’s safeguarding procedures, ensuring FPNs are not issued to vulnerable adults or individuals under the age of 18.

Body cameras will also be worn to protect themselves and members of the public.

Look at how much litter was collected after an organised litter picking event thanks to Channel Events:

We would love to know what you think about this new initiative. Contact us now and if you spot someone dropping litter, make sure you ‘dob them in’.