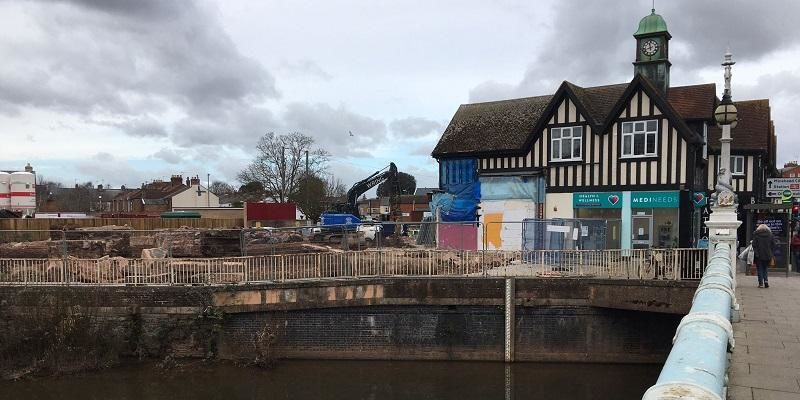 Bomb found in Taunton: reports of an unexploded bomb found by workers on the old poundstretcher site

Tone News has learned this afternoon that work has ceased on the old Poundstretcher site on Bridge Street in Taunton following reports of what is thought to be an unexploded bomb.

We understand photographs have been taken and are currently being examined by the Ministry of Defence.

We have just been updated by Avon & Somerset Police who have informed us that following investigations surrounding what appeared to be an incendiary device, this is now NOT the case.

Tone News has just spoken exclusively to the team at Medineeds Clinic, the Health and Wellbeing Centre that opened next to the former Poundstretcher building in November.

We’ve been delighted that work has been afoot to create a surface car park on the old Poundstretcher site, which will give our patients really easy access to the clinic, however we we were shocked when we saw the construction workers hastily move off site this morning.

Then, worryingly had a visit from the police asking us to stay indoors while they investigated the discovery.

We are very relieved to hear that what has been found isn’t an incendiary device, but we’ve not yet had the call to get back to normal, so we’re sitting tight for the safety of our team.

We hoped with our clinic being situated at the head of the bridge we would stand out in the town centre, but we really didn’t anticipate this sort of media attention!