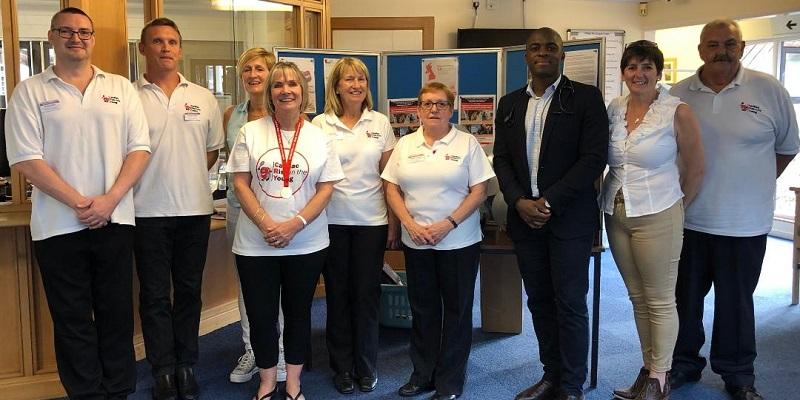 A free heart screening day for young people aged between 14-35 has been held at College Way Surgery, where almost 100 young people were screened free of charge and was organised by Hilary Edwards, in memory of her son Gary, who died on 12th July 2015. Gary died of a previously un-diagnosed heart condition.

Gary’s family were shocked to find out that 12 young people a week in this country die of heart problems, and of those around 8 have no known symptoms or prior warning.

The organisation Cardiac Risk in the Young, (C.R.Y) was founded in 1995 and it was the first to draw attention to the range of conditions that can cause young sudden adult death (Y.S.C.D.).

C.R.Y. aims to reduce the frequency of such deaths by raising awareness, and supports families affected by the tragic sudden loss of a young person.

The day proved a great success with 91 young people assured that their hearts are healthy, and a further 4 were referred for further investigation.

These young people will now get further advice or treatment as necessary.  A raffle was held and £334.80 was raised towards the cost of the next screening session. Each costs £5000.

A total of just under £17000  has been raised in Gary’s memory and the next fundraising event will be a coffee morning, raffle and cake sale to be  held on Tuesday 24th September at 11:45 at St Georges Hall Wilton.