Taunton communities are urged to know the signs of ‘County Lines’ 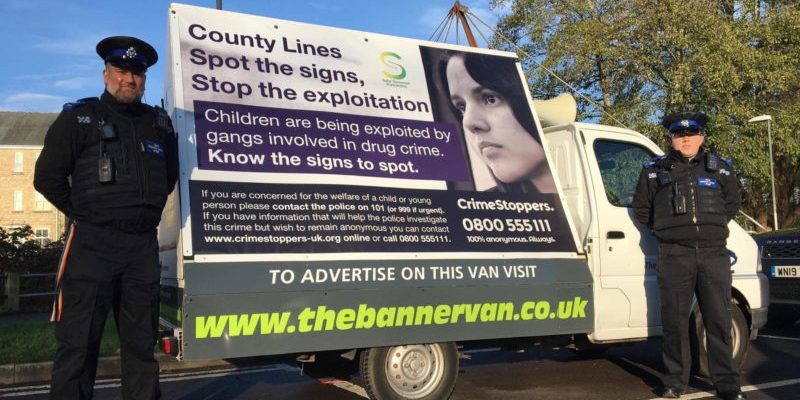 Safer Somerset Partnership has set out to raise awareness about County Lines through a weeklong county wide Bannervan campaign.

County Lines is a term used to describe gangs and organised criminal networks who export illegal drugs from one area (usually a city) into another (usually a more rural county) within the UK by using dedicated mobile phone lines or another form of “deal line”.

The criminal gangs often exploit children and vulnerable adults to move and store drugs and money, and will often use coercion, intimidation, violence (including sexual violence) and weapons.

This activity is a part of the overall awareness raising campaign on County Lines that was launched in September by the Partnership. We felt the need to reach out to the community in an impactful manner to spread the message of exploitative behavior surrounding County Lines.

So far, we have received an overwhelmingly positive response from the public at each of the locations that The Bannervan has travelled to. We hope that with persistence, continued partnership working and above all education we will overcome County Lines.

A young person who is involved in County Lines activity might show some of these signs:

During the weeklong activity, the PCSOs interacted with the public and educated them about County Lines, adhering to government guidelines on social distancing.

If you have information that will help the police investigate this crime, and wish to remain anonymous, contact www.crimestoppers-uk.org online or call 0800 555111.