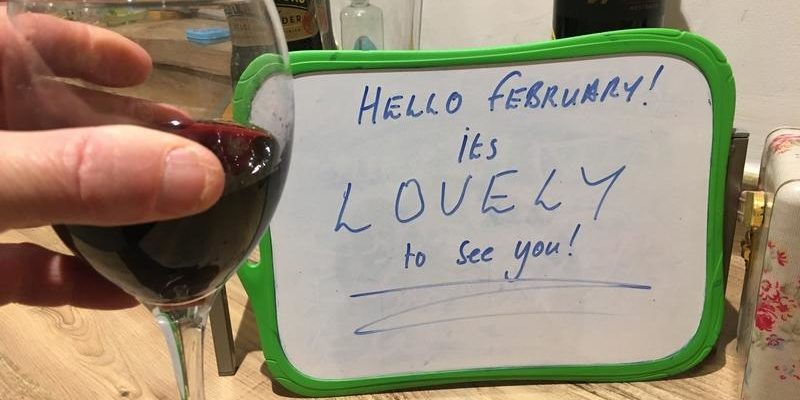 Dry January, will you be doing it again? Throughout December, this was one of the questions I was asked on numerous occasions by friends and family, many of which told me in no uncertain terms that I would never be able to complete it!

I then started to question my own dependency on alcohol . . .

Admittedly, I am one of those who enjoys a drink most nights, a little something to ‘take the edge off’, as they say. Juggling my various business interests with family life and the day to day grind of making sure the roof is firmly kept above our heads, having a glass of wine or a bottle of cider is my little treat at the end of the day!

So, why did I do it? Well, I did it for the first time last year (2021) after I interviewed Cllr Clare Paul from Somerset County Council whose job it is as the cabinet member for education and public health to promote alcohol awareness.

As part of the interview, she revealed that she would be doing Dry January and challenged me to oblige as well, so I could hardly say no.

We both agreed to maintain the challenge and have regular interviews and updates on my breakfast show at Tone FM, which we did and had good fun doing it.

I found it really helped me to have someone else to talk to who was going to face the same challenge so we both ended up joining a WhatsApp group hosted by a lady called Dawn Booth who is the area manager of Slimming World.

This was by far the best thing I did to help me through 31 days of an alcohol free lifestyle.

I also used an app called DRY DAYS which once I had filled out my profile, showed me how many units of alcohol I was using and how much I was spending each month.

It’s so easy to pop to the local shop a few times in the week to get a bottle of wine here or a few beers there but when you see the hard facts in front of you . . . reality kicks in.

Just to put into perspective, with the money I saved last year, I bought one of those inflatable hot-tubs for the kids to enjoy through lockdown!

Despite being really nervous about going into Dry January for the first time, the sense of achievement afterwards can only be described as immense and because I had completed the challenge, my drinking habits did change quite considerably through the remainder of the year.

That was why I did it again this year because I wanted to see how I coped for a second time.

Interestingly, this year was more of a challenge because in the first 3 weeks, every Silent Disco job I was DJing at had a FREE bar so I used a considerable amount of ‘will power’ to order a blackcurrant and soda or a cup of black coffee.

In summary, I am glad I have done Dry January because of the health benefits and the financial gain, but ultimately a good sense of well being.

Did YOU take part in Dry January this year? did you achieve your goals? Why don’t you get in touch with us here at Tone News to share your experience?