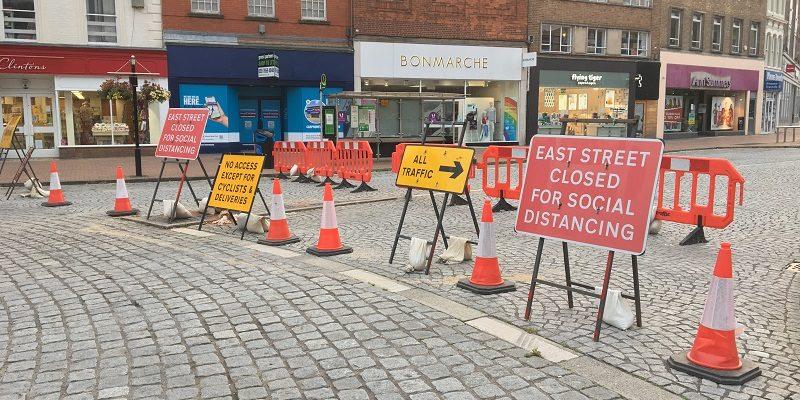 Shoppers and pedestrians using Taunton’s East Street are being reminded that from next week the temporary closure will be reopened to two-way traffic.

Somerset County Council’s Cabinet Member for Highways and Transport is asking people using East Street to be aware that from early Monday morning, 24 May, two-way traffic will be flowing through again, after nearly a year of the road serving as a pedestrianised zone as part of a Government initiative to support social distancing.

We just need people to be aware of this – it sounds simple, but we’ve all got into the habit of not expecting to see traffic here.

Essential works by the developer of a new residential block in the Paul Street area of Taunton were the focus for significant delays for motorists in April. Thanks to the developer and our teams on the ground traffic flow has improved significantly throughout May, with delays on average now comparable to a normal busy day.

However, the developer of the Paul Street scheme informed SCC that the contractor will need to carry out further disruptive works in the road starting next week, from 24 May, and temporary lights are required which will create some delay on this route.