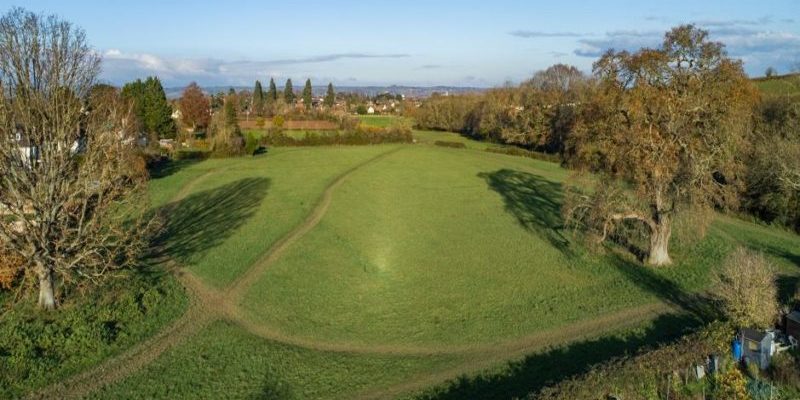 The future of an historic green space on the outskirts of Taunton has been secured for the local community.

Five-and-a-quarter acres of Trull Meadow off Wild Oak Lane has been acquired by a Trust – formed by a group of residents last year – from its owner, nearby Queen’s College.

One of the two oak trees in the meadow pre-dates the 17th-Century Civil War and it is rumoured that Parliamentary forces may have camped there at the time of laying siege on the Royalists occupying Taunton.

Trull Meadow Trust was formally established in 2019 and was granted charitable status last year, with the aim of protecting the area from development. This followed two public parish meetings that demonstrated strong local support for the trust’s ambition.

While it is used for grazing and grass keep, the meadow also has two rights of way and is popular with local people.

It’s currently used for dog walking and informal recreational exercise and the object of the trust is to maintain that.

We are also in contact with Somerset Wildlife Trust about how best to encourage wildlife development in this beautiful and unspoilt meadow and to develop its links with the wider Blackdown/Taunton/Quantock corridor project.

We are delighted to be helping to protect the future of this green space. We are very proud of the role the school plays in its local community, which is very much part of our ethos.

We don’t actually use the field as it is too far from our main site and we felt that its future was best in the hands of the newly formed trust and we were delighted to be able to make that happen.

The money to buy the meadow was raised through the very generous gifts, and loans from members of both Trull parish and the surrounding community.

The next step for the trust is to raise enough money to repay the many loans that were so kindly made and to fund its upkeep.

To do this, it intends to set up a Friends of Trull Meadow group to discuss ways the meadow could be managed to the benefit of the whole village.