Hannah Taunton gets a Team GB call up 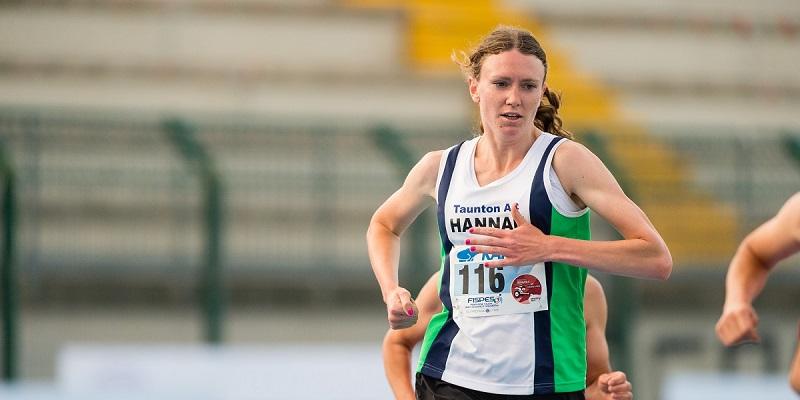 Hannah Taunton who runs for Taunton AC has been chosen by Team GB to take part in the World Para Athletics Championships in Dubai later this year.

Hannah will compete for Great Britain in the 1500m, of which her personal best is 4 minutes 39.96 seconds, ranking her third in the world at present in the T20 category, which is for athletes with an intellectual impairment.

As a popular and well respected member of the Taunton running community, Hannah was the 1st lady home in the Taunton 10k in 2017/18  and equalled that achievement in the Taunton Half Marathon earlier this year (2019).

If you would like to run in the Taunton Marathon 2020 and Taunton Half Marathon 2020, the event takes place on Sun 5th April.

She was not able to take part in this year’s Taunton 10k due to her concentrating on shorter distance work with her coach and team at Taunton Athletic Club.

Proud mother, Gill, who did take part at the weekend (29th September 2019), spoke to Tone News after the race:

“When Hannah was selected for the GB team she had to forfeit her place in the Taunton 10k and I had said I would do it for her.”

“I only had 13 days’ notice to train for this. My running has taken a nose dive over the last 2 years as we are away supporting Hannah all over the country.”

“Anyway I did the race and won my first ever running trophy – 1st in the over 60 female runners. Such a shock albeit a nice one!”

Hannah supported her mum during her first ever competitive event and spoke to us afterwards about the excitement of being selected for team GB.

Listen to Hannah Taunton speaking EXCLUSIVELY to Tone News below: