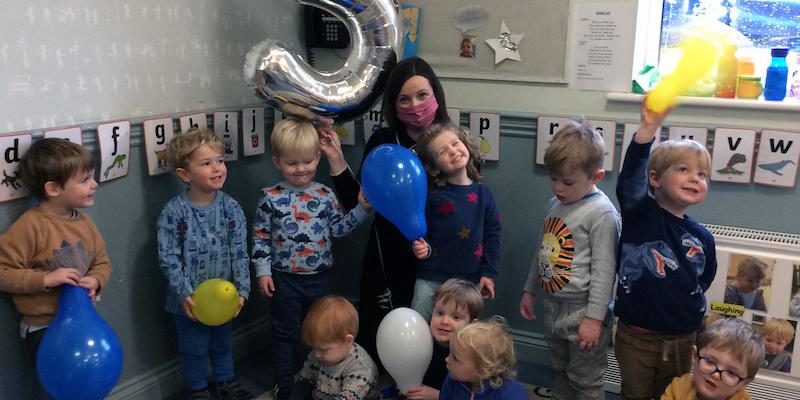 Highgrove has been caring for children aged three months to three years since January 12th, 2016, launching their educational journey at the independent school in Trull Road all the way to Sixth Form.

The opening ceremony was conducted by former deputy leader of Taunton Deane Borough Council, Mr Mark Edwards, who is still Chair of Governors and who was accompanied by the then Mayor of Taunton Deane, Cllr Marcia Hill.

The anniversary was marked by a day of celebrations and the Nursery Manager, Mrs Donna Kershaw, is pictured with some of the children.

There are currently a few places available at Highgrove – to find out more email junioradmissions@queenscollege.org.uk