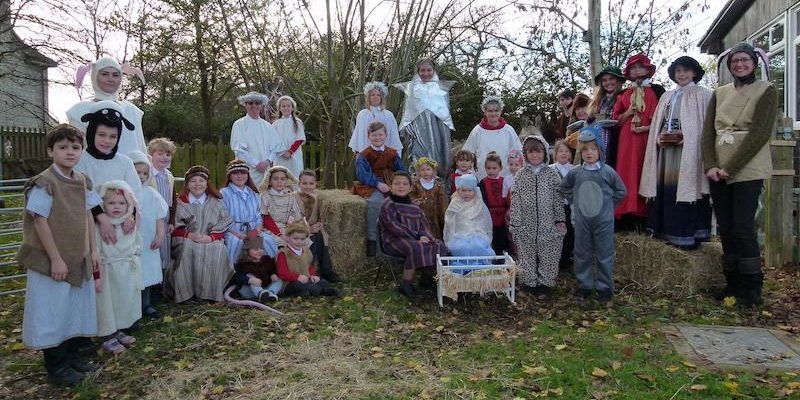 Hatch Beauchamp C of E Primary School (Part of The Redstart Learning Partnership) were not going to let covid-19 get in the way of them celebrating their annual Nativity play.

However, this year was extra special as they welcomed some furry friends to help make their Nativity film extra special.

Misty and Merlin the donkeys, accompanied by two sheep friends (called Shaun and Steve, named by the children) spent the day at school demonstrating their amazing acting abilities.

The donkeys and the sheep enjoyed being at the school with the children, especially being able to munch the grass in the school field and they loved their celebrity status they received from the children.

All animals and children were very well behaved and the filming went well. The final scenes are now being filmed, songs are being recorded and post-filming production will soon be underway as we build towards the film’s world premiere screening.

The world waits with bated breath! Watch out Hollywood!