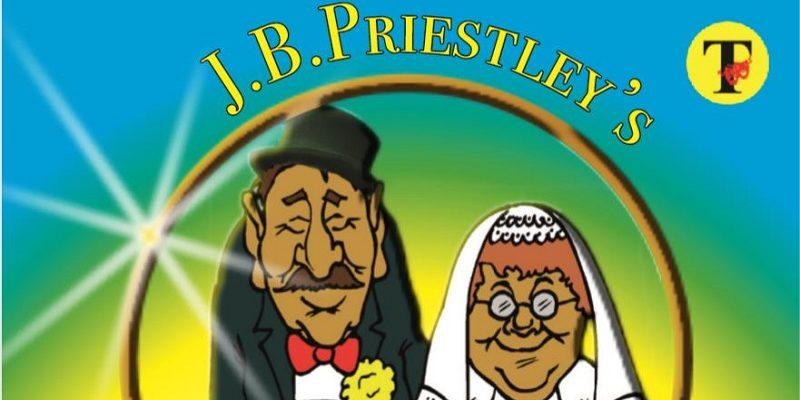 By Rene Kilner from the Taunton Thespians

The Helliwells, the Parkers and the Soppitts, all fine upstanding pillars of the community, all married on the same day in the same chapel, gather to celebrate their silver anniversary . . . or so they think!

When they discover that they are not legally married, because the parson was not authorised to carry out the wedding, each couple initially reacts with proper Victorian horror…“What will the neighbours think?”

But soon all three couples find themselves re-evaluating their lives and their marriages. For the hen-pecked Herbert Soppitt it provides the chance to assert himself against his domineering spouse.

But, for two of the women, it offers the prospect of liberation from stuffy and errant husbands.

There is an ending of course, but will it be happy? You’ll just have to come along to The Brewhouse Theatre from 5th to 9th November to find out!

J.B. Priestly was born in on September 13th 1894 in West Riding, Yorkshire. Upon leaving school, he worked in the office of a wool making factory but his dream was to become an author.

Although he is best known for ‘An Inspector Calls’, it was the romantic comedy, ‘When We Are Married’ which became the first ever play to be televised in 1938.

Read some fascinating facts about the author.

About the Taunton Thespians

The Taunton Thespians were formed in 1927 so that members of the community to get involved in live theatre, on and off the stage.

They openly welcome and encourage anyone who is interested because there are  plenty of opportunities and although, by their own admission, the Taunton Thespians is a ‘daft’ name, but they have have had it a long time and are sticking with it!

You can book your tickets NOW and download the poster.