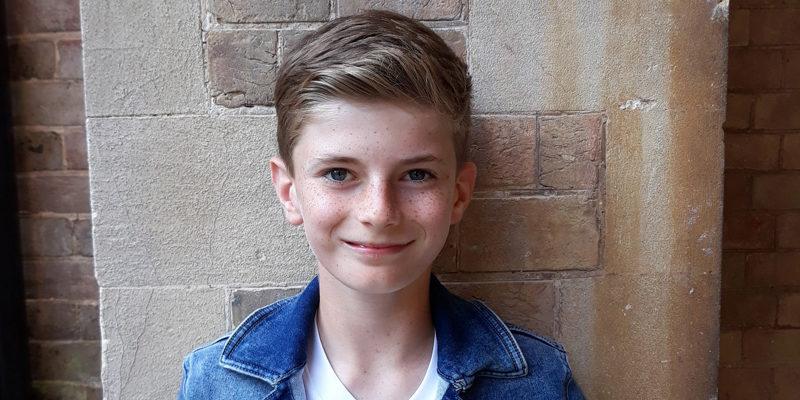 During the lockdown, Jago B who attends King’s Hall Taunton had the surprise of his young life when he entered a national short story competition.

The Year 8 pupil has long been an avid reader of the Alex Rider series of novels by Anthony Horowitz about a teenage spy named Alex Rider.

Jago found the competition on the Alex Rider website, duly sent off his entry of 500 words and paid little more attention to it until a few weeks later a letter dropped on his doormat announcing he had won! 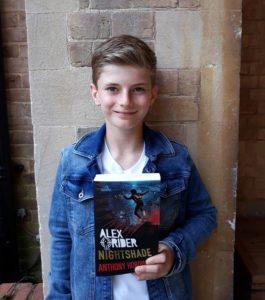 The judges were certainly impressed by the Taunton based youngster’s entry told Tone News:

Jago’s was a pleasure to read with exceptional description, an imaginative plot, good characterisation and great pacing/tension.

Jago’s story will soon be published on the Alex Rider website – so keep a look out.

As part of the prize the King’s Hall  have also won ten signed copies of the brand new mission in the Alex Rider series, Nightshade, and a class set of Alex Rider secret message pens, bookmarks and stickers.
Head of English at King’s Hall, Jane Stuckes, went on to tell Tone News:

Using the story starter, ‘When the doorbell rings at three in the morning, it’s never good news’, as a rip roaring opening, Jago’s stylish action-adventure had me literally holding my breath until the witty punchline ending: ‘Then he bolted from the room.’ Move over Anthony Horowitz, here comes Jago B! Congratulations Jago: an outstanding story!

Well done, Jago. You deserved to win – such a lively, entertaining piece of writing. When I was your age, I was nowhere near as good as you.