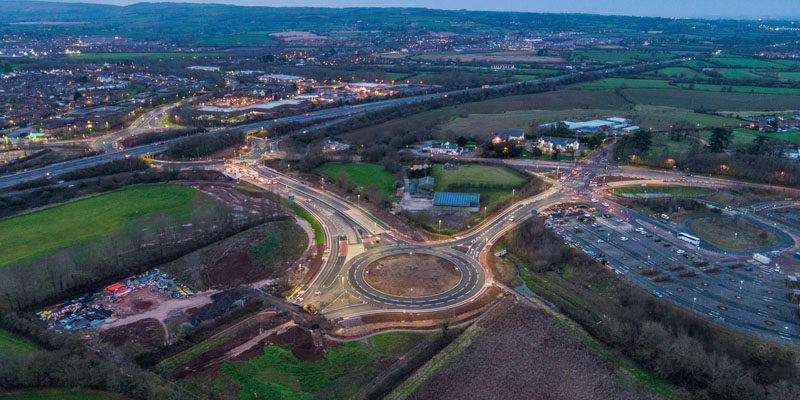 A multi-million pound project to upgrade Taunton’s M5 Junction 25 has won a brace of awards at a top industry event this week.

Somerset County Council Highways and partners picked up the Project of the Year and Collaboration Awards at the Chartered Institution of Highways and Transport  (CIHT) South West Awards 2021 for the £19.2m scheme.

The team also scooped the Innovation Award for its work on traffic modelling for the Taunton Toneway scheme, making it a trio of awards.

Junction 25 of the M5 is a vitally important project for Somerset’s economic future which aims to ease congestion and improve access to Taunton and the motorway, as well as providing safer cycling and walking routes into the town.

The Innovation Award recognized Somerset County Council’s use of ground-breaking traffic modelling techniques and new technology to assess the best traffic management options to minimise disruption while the Toneway works – due to start later in the year – are undertaken.

You can read more about the J25 scheme and the Nexus link road here., and on www.travelsomerset.co.uk.