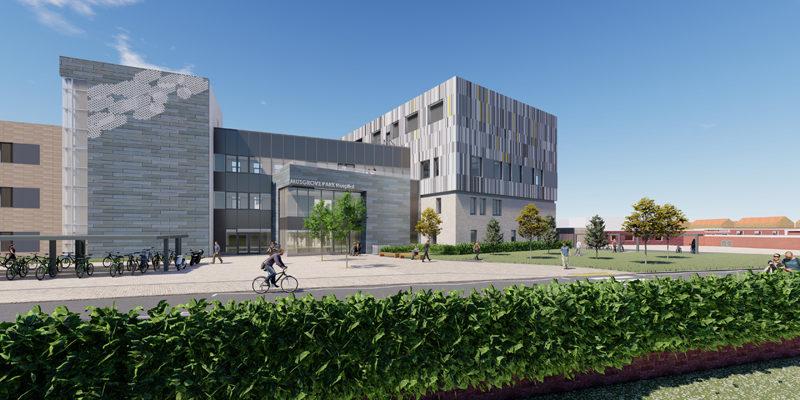 The government has given its final approval for the funding of a new surgical centre at Musgrove Park Hospital.

The £87 million state-of-the-art centre will replace the current theatres and critical care unit, which were built during the Second World War as part of a temporary casualty evacuation hospital for the D-Day landings. The surgical centre will also house a brand new endoscopy suite.

Work has already begun to get the hospital site ready and this is scheduled to be completed by the end of 2021, with the major building work starting shortly after.

The new surgical centre will provide:

It will mean patients will be cared for in a more modern and comfortable environment that will have greater capacity.

The surgical centre is just one part of Musgrove 2030 – an ambitious programme to transform the hospital’s facilities. As part of this the hospital will be rebuilt as part of the 40 new hospitals which the Government is backing to deliver by 2030 – the biggest hospital building programme in a generation

A separate £11.5 million development is also taking place to move the hospital’s acute assessment unit closer to the hospital’s emergency department which will mean faster access to consultants and surgeons and quicker assessments for patients who may require emergency surgery. This is expected to be complete in early 2022.

Work to construct a new therapies building and a refurbishment of much of the hospital’s maternity unit are also underway.