Police horse is named after Wellington 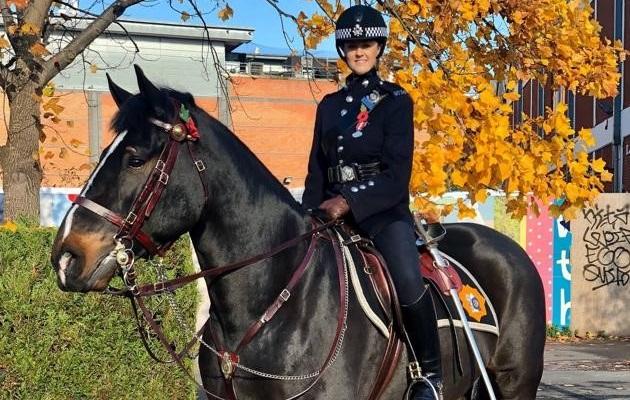 An Avon and Somerset police horse is to be officially named after the market town of Wellington in Somerset, in a ceremony to take place next week.

The newly qualified member of the mounted section, currently known as Rolo, will officially be renamed at an informal ceremony to which the public are warmly invited to attend, at 11.00 a.m. on Thursday 5 March.

The event will take place at the Wellington Monument, built after the Duke of Wellington’s success at the battle of Waterloo.

The Duke himself was a keen horse enthusiast with his best known and heroic stead “Copenhagen” being his favourite both in battle and retirement.

The monument is currently undergoing major repair work for which the National Trust has raised £3 million of the £3.45 target.

Generally a well-behaved horse, he is known to ‘horse around’ on training days to keep his riders on their toes!

He is a friendly member of the mounted team and thoroughly enjoys his duties, from policed demonstrations and football matches to school visits.

Within his stables and on social media, Rolo has become famous for lying flat out and snoring loudly!