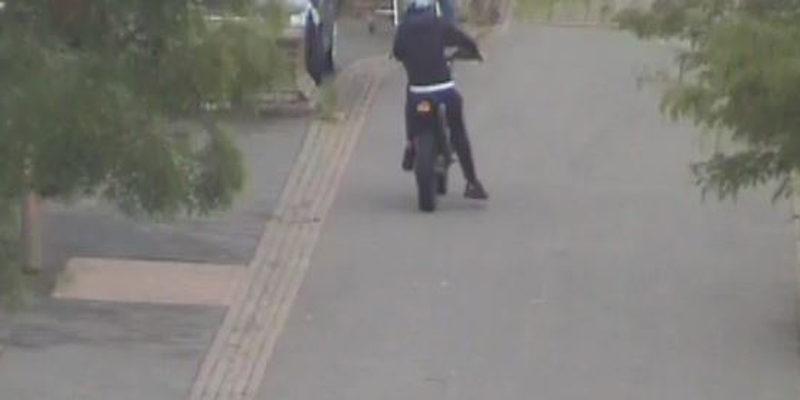 Avon & Somerset Police have released CCTV images of a motorcyclist they want to speak to in connection with an assault on a police officer.

An officer approached a male rider in Moorland Road, Taunton at about 2.20pm on Tuesday 30 June, however, the motorcyclist struck the officer’s leg a number of times with his bike and rode off. The officer was unharmed.

A motorbike, with registration number VU59 BZX, was found abandoned nearby after the incident occurred.

The man was described as white, late-20s or early-30s and about 5ft 10ins. He was said to have thick dark wavy hair and wore a dark-hooded top and a white full face crash helmet.

We believe there were a number of people in the area at the time who may have seen what happened and we’d ask them to get in touch with us. They, or anyone who recognises the rider, should report the information online through our website, or call 101 and give the call-handler reference 5220143549.