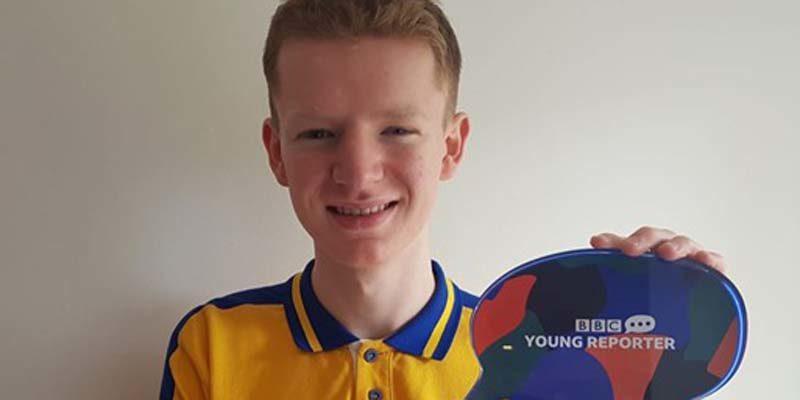 Richard Huish College student Oscar Coveney has been awarded the BBC Young Reporter of the Year award for the South West of England and has now been set the task to make a short film for BBC Points West to feature in one of their shows.

Over 2,500 people between the ages of 11-18 submitted their entries in the hope that they would get the chance to have their stories made into a short film and shared by the BBC with the help of their programme teams, producers and reporters.

Entries were carefully judged by a team of editors and presenters from across the BBC including Huw Edwards, Laura Kuenssberg, Alex Jones (The One Show), Greg James (Radio 1) and others. They eventually narrowed the entries down to have 30 winners from around the UK.

Competitors chose what to base their story on from three categories; ‘Me and My World’, ‘Coronavirus Stories’ or ‘Uplifting Stories’. Oscar chose to focus his story on how he has grown up witnessing transphobia towards his mum.

He will now have the chance to translate his story from writing into film working alongside BBC Points West so that it can be showcased on one of their programmes.

The report will be produced following the relaxation of covid-19 restrictions and shared on the Richard Huish College social media channels.

Don’t forget to pick up your copy of Tone News in one of the various collection points in Taunton.