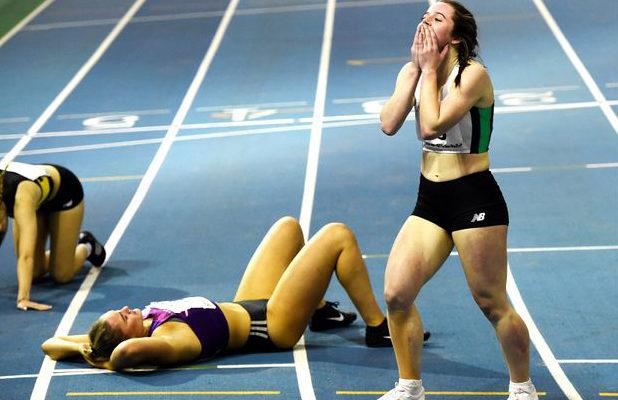 Seren Rogers, a former Castle School student, has won gold in the Under 20 Women’s Pentathlon event at the England Athletics Combined Events Championships.

The journey to Sheffield was a dramatic tussle for the win which saw four different leaders after each of the first four events, but Seren was victorious following an exhausting final 800m to win gold.

Seren won the hurdles event on her first time on senior hurdles and then had solid performances in both the high jump and shot.

The penultimate event saw the competitors go head-to-head in long jump, with Seren registering a 5.79m jump that saw her rank the best in the event and head into the final event in 3rd place overall.

The last hurdle for the competitors was the 800m and with the event still very much open for anyone to win it was a tense conclusion to a tight competition.

The race saw Seren finish in 2nd just 0.55 seconds behind 1st place however this was enough to see out the competition and be crowned as the winner!

Reflecting on her performance, Seren has told Tone News:

The hurdles I was particularly pleased about because we train outdoors so, coming indoors, there was no wind or anything. Also, the long jump to get back on track because my indoor long jump season hasn’t gone amazingly so to get back where I was, I was just so happy with.

Check out Seren’s Power of 10 profile from British Athletics