Shrouds of the Somme 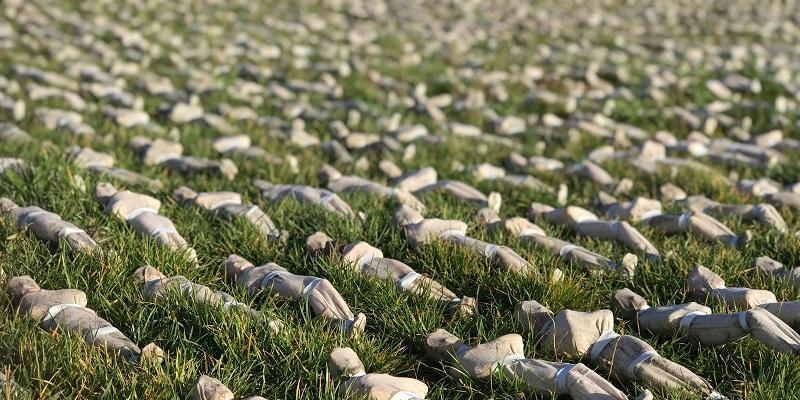 Shrouds of the Somme is a new book that chronicles the extraordinary work of Somerset artist Rob Heard, from a road accident close to his home near Watchet through to displaying his work at Queen Elizabeth Olympic Park in London to worldwide media interest.

Rob’s initial installation, made entirely by himself, comprised six inch shrouded effigies that represented the losses on the first day of the Battle of the Somme, 1st July 1916. 19,240 figures were exhibited on the 100th anniversary of the battle in Exeter.

Rob developed this idea to represent the total unfound casualties of the entire battle which totalled 72,396. These names are inscribed on the Thiepval Memorial in northern France. The installation in London during November 2018 was visited by the Princess Royal who kindly wrote the Foreword for the book.

The book is written by Rob’s wife Karina and Giles Adams and is priced at £15 plus postage and is available from the Shrouds of the Somme website.

SSAFA Somerset is delighted to present, in association with Shrouds of the Somme and Bath and West Enterprises, an evening with Rob Heard at the Bath and West Showground, Shepton Mallet, on Thursday 20th June. This is a unique opportunity to hear about Rob’s journey and inspiration behind Shrouds of the Somme, as well as the chance to purchase signed copies of the book. Further details at the Friends of SSAFA website.

You can watch our video with Giles Adams below: