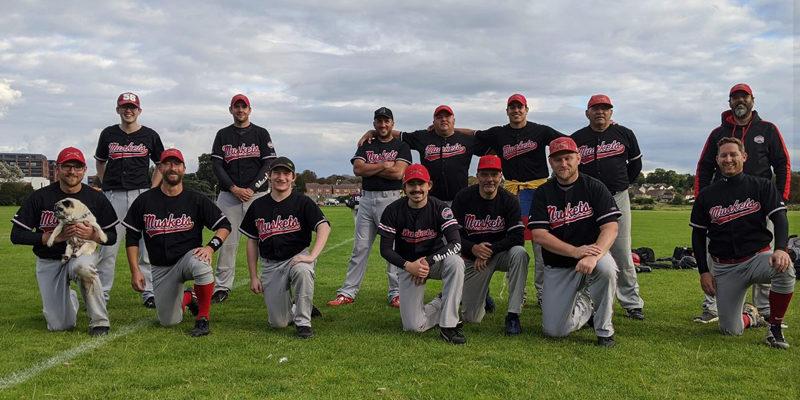 The Taunton Muskets Baseball Club are aiming to build on their successful 2020 season in the new look South West Baseball League (SWBL) this summer.

The Taunton club enter into the Wessex division, directly competing against the Bristol Buccaneers, Weston Jets and Cornish Claycutters, with inter league games scheduled against the Severn Division, consisting of the Bristol Bats, Bristol Brunels, Cardiff Merlins and Bournemouth Bears A.

The winners of each division will meet in a regional playoff at the end of August, with the winner progressing to the national playoffs in September. Opening day of the SWBL season is penciled in for May 16th, with the Muskets traveling to Cornwall to take on the Claycutters.

Last September the Muskets walked off the diamond having clinched third spot in the British Baseball Federation’s (BBF) Single A national tournament, initially losing to eventual winner Essex Archers, before coming back in dramatic style to beat Kent Buccaneers in the 3rd place playoff.

The club had been forced to extend it’s usual winter break due to Covid restrictions, however the BBF have provided a structured return to play guideline that has allowed the Muskets start spring training at the diamond in Victoria Park on Tuesday evenings.

As the season approaches the club is happy to welcome new players, male or female, of any ability, with all equipment provided and qualified coaching offered. More information can be found across most social media channels via Taunton Muskets Baseball or email tauntonmuskets@gmail.com. 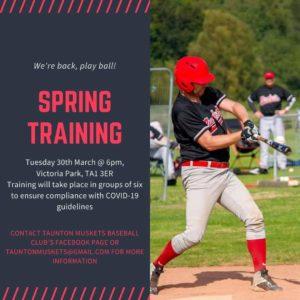