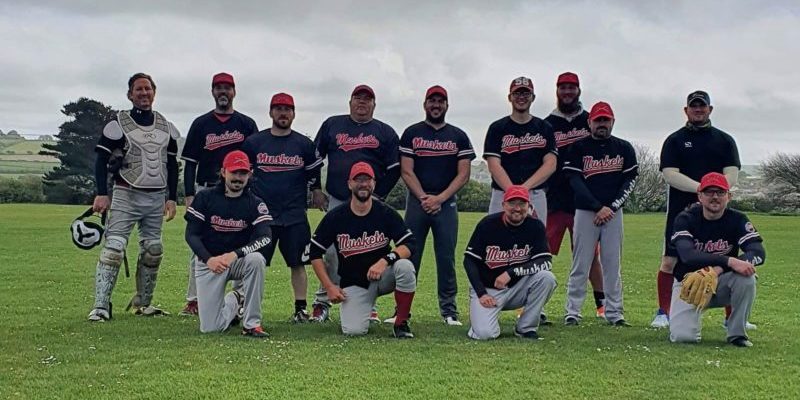 The Taunton Muskets braved the rain to start the 2021 South West and Wales Baseball League season on the road in Newquay against the Cornish Claycutters.

Across two slightly damp games the teams shared the opening day spoils; the Claycutters winning the first game 17-16 with a walk off win, after which the Muskets took the second game 18-13.

Covid restrictions meant there was less time for teams to prepare for the upcoming season, but both sides quickly got back into the swing of things in two closely contested games. For the Taunton side there were lots of positives to take from the day.

In Game 1 Al Troake made his first start as a pitcher and completing the entire game – pitching with great side-arm accuracy despite the 50mph gusts.

Despite some good plays in the field from Steve Coles and a great debut performance from Bobby Porter, the game ended in defeat with the Claycutters hitting centre field with the game tied to get a walk-off win.

In Game two, the Muskets remained aggressive with their base running with the game ebbing and flowing.

The game remained close until the final inning when, with bases loaded, debut player Chris Cranmer his an enormous Grand Slam Home Run – driving the ball out beyond left field and against the continuing wind.

The final play of the game saw Jake Palmer catch a straight drive back to home in the mound to record his first win as pitcher.

“Everyone played so well today,” Nicky Hewitt, club secretary and scorer explained, to Tone News ” It’s so good to be back on the field and the vibe was lovely even though it was soggy at times!”

The Muskets will look to keep the positive vibe going as they host their first games at Victoria Park next Sunday (May 23rd).

With Covid restrictions easing there is the opportunity for spectators to come and watch the Muskets settle into their town centre diamond.

Do you enjoy the game of baseball? The Muskets are on the look out for new players! 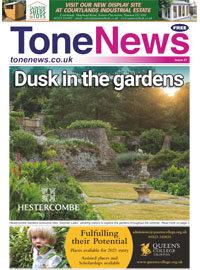