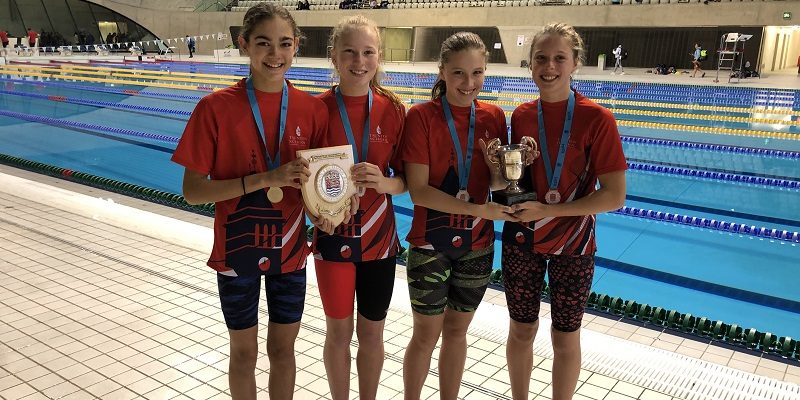 After a strong qualification, the team excelled in the final to be crowned English Schools National U13 Medley Relay Champions.

Lisa Manley, Head of Swimming at Taunton School told Tone News: “The girls were confident but not complacent going in to the final.

We started well with very little between all the teams at the first changeover, but by the time our final swimmer hit the water we had a clear lead, pulling away more in the final 25 metres to be crowned English Schools National U13 Medley Relay Champions; an outstanding achievement.”

She added: “Swimming at the London Aquatic Centre was a great opportunity for all our swimmers and we are extremely proud of them all.”