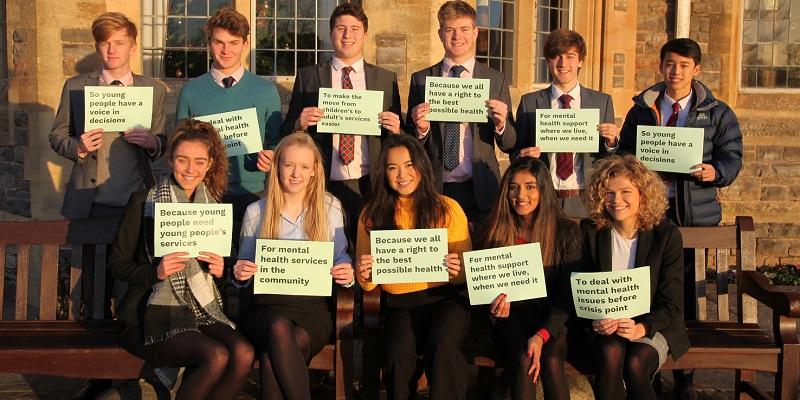 Taunton School has been recognised for its outstanding student wellbeing and mental health provision by top education publication Tes. They were amongst some of the top schools in the country to be shortlisted in the Wellbeing Initiative category.

Headmaster Lee Glaser who attended the recent awards ceremony told Tone News: “The wellbeing of our students is a key aspect of life at Taunton School. It was heartening to hear the great work being done in many schools across the country. Being finalists at the Tes awards only encourages us to keep up the important work in this area.”

Taunton School’s wellbeing initiative picked up pace several years ago, after it was apparent that there was a need to improve the mental health provision for its students. Ed Burnett, Deputy Head and Student Wellbeing Lead said “Just looking at the referrals into the counselling team made you realise that very few boys were seeking help and worse, they were at pains to keep their counselling private and hidden from their peer group and House staff.”

After considered planning, the School appointed a Mental Health Nurse and an additional counsellor, a new health centre which was open ’24-7’, and an agreement that counselling would be free for all pupils. In addition, all teachers completed the one day Youth Mental Health First Aid course. Ed Burnett added: “We are proud to call ourselves a ‘Talking School’ and the numbers of boys and girls now accessing counselling are 50/50.”

Other initiatives around wellbeing at the School include a student-led Mental Health Society, who meet to highlight key issues affecting students and deliver talks and assemblies to their peers. Running alongside all this is a Wellbeing programme for all the School staff including staff wellbeing forums, where members are supported in their mental and physical health.

The eventual winners announced at the awards ceremony on February 1st were Reigate Grammar School, who run a very similar wellbeing programme to Taunton School.