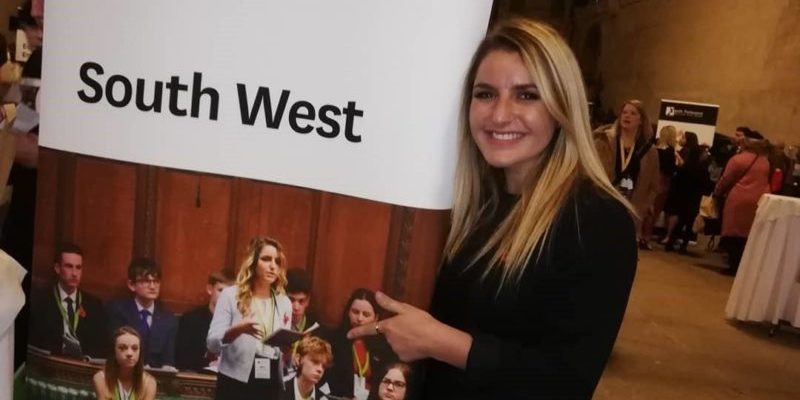 Taunton School sixth form student Hanna Wittek has recently visited the House of Commons to deliver a campaign speech on behalf of the Youth Parliament.

As Member of Youth Parliament (MYP) for Somerset, Hanna recently received the opportunity to go to the House of Commons to debate the top five issues that over 800,000 young people voted for nationwide in the Make your Mark youth vote this year.

“I spoke at the dispatch box for three minutes on a campaign that I was most passionate about. This to me was certainly speaking on hate crime. My speech was prepared and I think it went really well!”

The two national campaigns which were democratically elected by the MYPs were “Protect the Environment” and “End Knife Crime” which were also the two topics that were the most voted for in Taunton School.

The other issues in the top five were “Mental Health”, “Tackle Hate Crime” and “Curriculum for Life”.

Hanna, who is studying A Levels at Taunton School has her sights set on being an MP in the future. Hanna went on to tell us:

“I’m really keen on law and politics and initially I wanted to become a family barrister. Having worked with the Youth Parliament has made me realise that I can really make a difference by becoming an MP and having a voice in parliament. I hope to study Politics, Philosophy and Economics at Cambridge when I finish my studies at Taunton School.”