The new lights in town 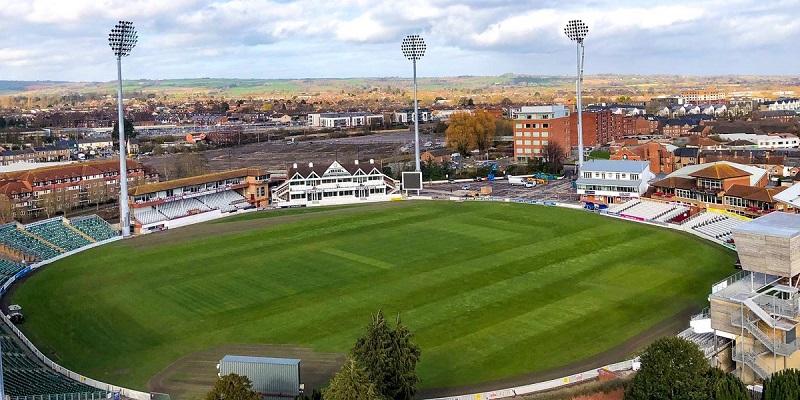 Tone News recently caught up with CEO of Somerset County Cricket Club, Andrew Cornish who talked to us at length about the change of Taunton’s skyline and what it means to the town. You can listen to his interview with Tone FM and read his comments below:

“The lights will mean that we are able to play matches at more suitable times for our Members and spectators. Our Vitality Blast matches will now be able to begin later at night rather than at 4:30pm. This is of obvious benefit to our fan base, but will also add to the night-time economy of the town overall.

It means that local businesses such as restaurants and bars will benefit from the fact that we’ll be attracting people here later in the evening. It’s important for us but it goes far beyond just the Cricket Club.”

“In 2017 the Daily Telegraph reported that the IT20 we hosted between England and South Africa that year was ‘worth around £1 million to the local economy’. That was just one match! This year we will be playing host to three sold-out matches in the ICC Cricket World Cup.”

“These three fixtures will see thousands of supporters from all over the world descending on Somerset and, due to the nature of the sport, the majority of them won’t just be visiting for the day. They will be staying and spending their money in the hotels and guesthouses as well as the restaurants and shops. This will provide a hugely positive impact to the economy of the town and Somerset as a whole.”

“In addition to these International matches, six of our seven Vitality Blast matches will be played under the floodlights. These will obviously also help to boost the local economy, but they will also be a genuine spectacle! Cricket under lights in Taunton has to be seen to be believed.”

“The floodlight masts themselves are 54 metres high, which obviously alters the skyline of Taunton more than anything has done since the beautiful churches which surround the Cooper Associates County Ground were built.”

“We have also been working closely with the local authority to ensure that the lights and masts have no negative environmental impacts on the wildlife in the region such as birds and bats.”

“Obviously there will be some parameters that we will be adhering to with regards to restrictions on usage. In year one we will be restricted to using the new lights on 26 occasions and that will change to 17 times in year two. This reflects the fact that a number of tests will need to be carried out in 2019. In addition to this we will be hosting a floodlit fixture in the ICC Cricket World Cup this year which will require the teams involved to be able to practice under the lights in order to recreate the conditions in which they will be playing.”

“In order to ensure that we don’t impact on our neighbours but can still guarantee that spectators leave the Ground safely, we will have the ability to turn the lux levels down so that we can lower the light intensity at the close of play.”

“The cut-off point for extinguishing the lights on floodlit matchdays will be 10:59pm, but obviously the matches will finish a good deal earlier than that in order for spectators to be able to safely exit the Ground with the lights still illuminated.”

“These lights present a real opportunity for both the Club and the town to be a part of something very special and I hope that everyone will embrace the results of this project and the possibilities that the development will present.”