Why are all the lights on in County Hall? 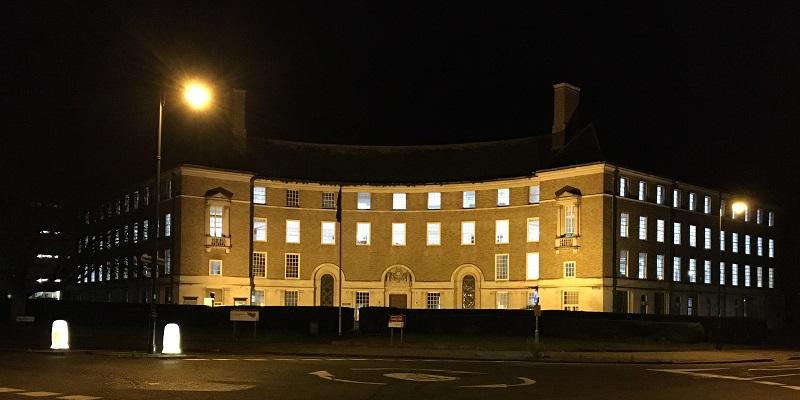 Check out our EXCLUSIVE video update at the bottom of this page!

Tone News has been contacted by Pauline Phillips after walking past County Hall on 8th November only to find ALL of the lights on. You can view Pauline’s Facebook post below:

This post has created a good deal of interaction, so we have made some an enquires and Tone News has learned that The lights are on in A Block because they have the builders (Wilmott Dixon) in. You may recall that Somerset County Council had to replace the boiler systems, electrics etc and in process, remove a considerable amount of asbestos.

In addition, they are bringing Block A up to modern day standards so that they can pull employees back onto site and withdraw from seven or eight satellite offices, thus giving them a 3 or 4 year payback. That work will continue until next spring.

Since posting this story on the 11th November, we decided to update you with a short video which you can see below: